Here’s the latest update on building Master Korable’s 95mm ship’s boat kit, and it looks like this build log is going to be a three-parter. Last time I left off, I had finished the framing and was about to start the hull planking. I’m happy to announce that I have completed the hull planking and about ready to finish the interior of the boat.

The hull planking went pretty well, but required some pretty careful work. The planks are very nicely pre-shaped, but they still have to be bent to fit the curve of the hull. It also takes a bit of care to glue the planks only to the ribs, and not to the framework of the temporary former.

Interestingly enough, while the left and right side planks appear identical, Master Korabel points out a fact of laser cut parts. The laser beam doesn’t create perfectly straight cuts through the wood. The beam is actually hitting the side closest to it first and burns through to the opposite side. This causes the cuts on the nearer side to be slightly wider than the cuts on the opposite side.

Master Korabel has taken this into account, using this natural beveling of the plank edges to advantage. However, this means that as you’re building this model, you really need to pay attention to whether you’re dealing with a right-side plank or a left-side plank. Of course, this is complicated slightly by the fact that you’re probably working with the hull upside down as you attach the planks.

I don’t know how much of an issue this actually is, given that the planks are so thin, but it’s always better to be safe by following the instructions closely, rather than dismissing them. However, I know that I’ve mixed up at least one pair of planks, and I didn’t notice it being a problem. Then again, I do have some slight gaps between some planks, but I don’t know how that can be helped.

Anyway, I managed to get through the planking process without too much trouble. I did make sure to wet the planks a little bit before trying to bend them. But, wood of this thinness and quality bends pretty easily, and I didn’t lost any to breakage. However, I did manage to misplace a plank a few times. They are so small, it’s easy to lose track of them.

But, keeping them on the laser-cut sheet until needed is necessary in order to keep track of which plank is which. That also kept me from actually losing any planks, though in one case, I really starting to think about how to recreate a misplaced plank using scrap wood from the laser-cut sheets and the plank outlines. Fortunately, I’d managed to find the parts and continue the build. 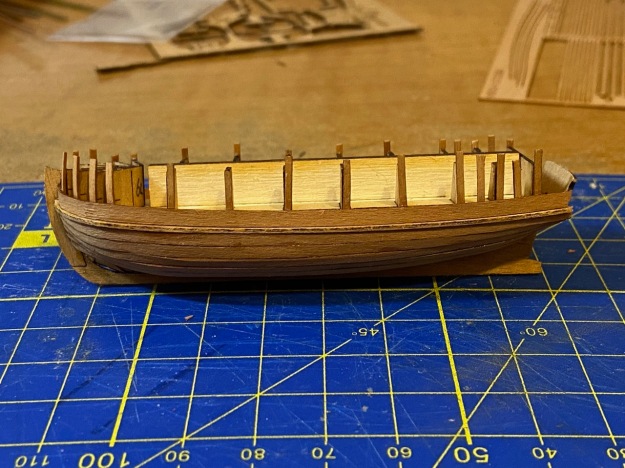 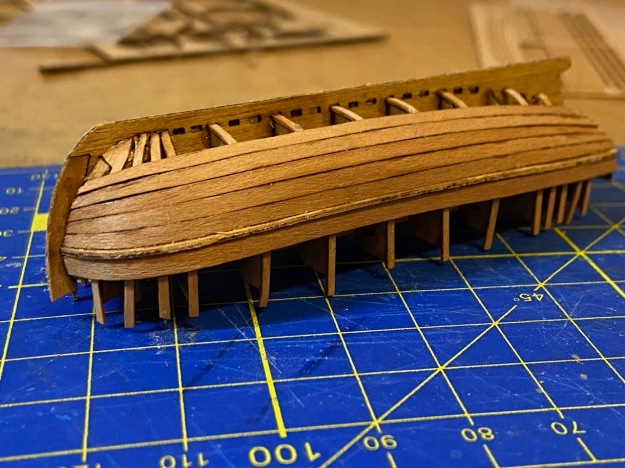 The most difficult plank was the garboard plank, which had to be trimmed to fit the final gap. Master Korabel was nice enough to provide spares for this plank, which I was fortunate enough to not need. But, with those last planks, it was time to remove the temporary framework from inside the hull.

Removing the framework requires a review of how it was put together in the first place. Certain parts of the framework are supposed to remain attached to the hull. So, it’s necessary to look back at the drawings and see where the framework was cut by laser and where the small tabs are that need to be cut or broken. But, the most useful thing was to look at the kit’s cover photo, and you can see that very little of the framework remains inside. 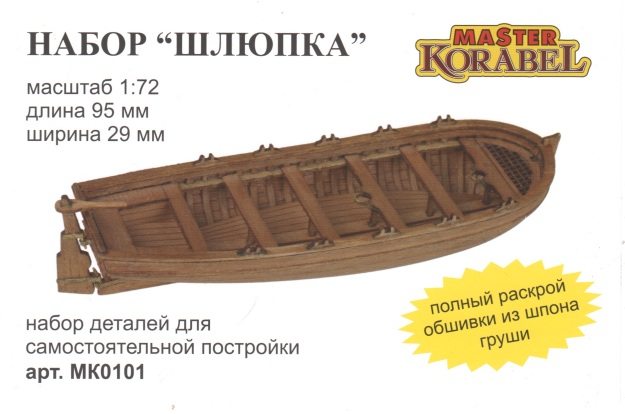 Removing the framework was not easy, and there certainly must have been spots where a glue got in the wrong spot. I ended up having to carefully rip the core of the framework out by wiggling slightly, cracking the little wooden tabs holding it into place. during the process, I couldn’t tell if I was damaging anything vital or not. But, the hull did seem to be staying intact, so I kept at it. Below, you can see that I finally managed to break out the core piece of the temporary frame, then I had to deal the remaining pieces.

Finally, I managed to clear out all the stuff that was supposed to come out, and you can see the pile of temporary framework remains on the right below.

Unfortunately, the bottom of many of these pieces were supposed to stay inside the hull, but I don’t think I glued them well enough to the ribs, so they broke out as well. 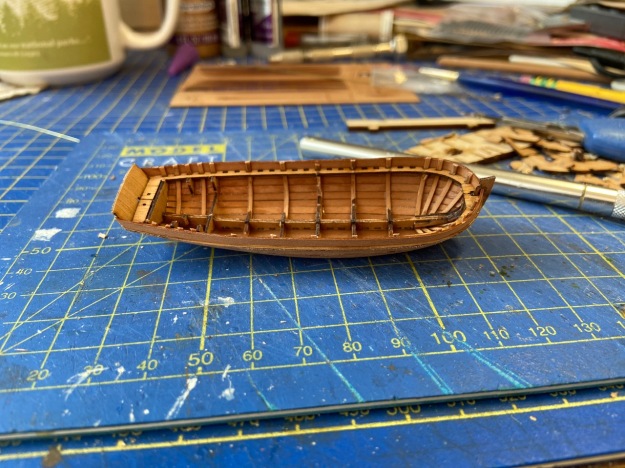 However, all of this will be hidden by the floors that have yet to be added, so I’m not at all worried about the damage. I’ll need to do some clean up next and add the remaining ribs. Then, I’ll be able to add the floors and thwarts and such, and I think the boat will look fine.

Again, the process of construction has been a challenge, but a good learning experience. And, I think I will end up with a successfully completed, very tiny ship’s boat.