This week, I installed my latest display of models of traditional style Japanese boats at the Japan Center in San Francisco. If you haven’t seen it before and are in the area, this is a good display to check out. This time around, I added a third model to the collection, my Yakatabune model. So now, there is the Higaki Kaisen (1/72-scale), Hacchoro and Yakatabune models (both 1/24-scale). All three models were built from kits by Woody Joe of Japan.

The display will run from now through all of November and December in the window of the Union Bank community room, which is in the East Mall building. 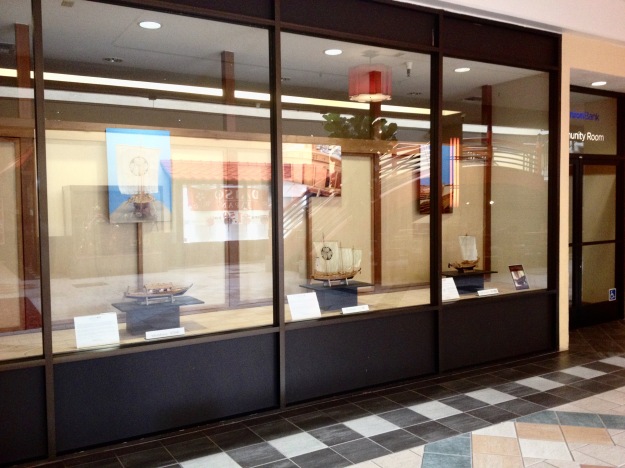 One thing I discovered while setting up the new display is that this is a much better time of year to display the models. Because of the lower angle of the sun, the there is far less glare from the skylight above, making the models much easier to view. I’ll have to keep that in mind in the future, though I’ll probably just try to display them at every opportunity I get. 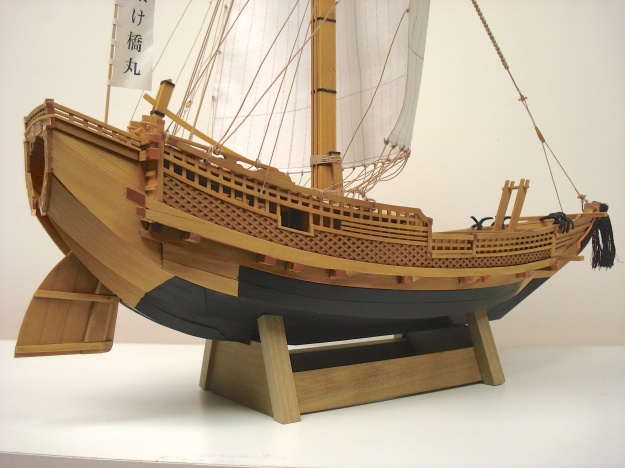 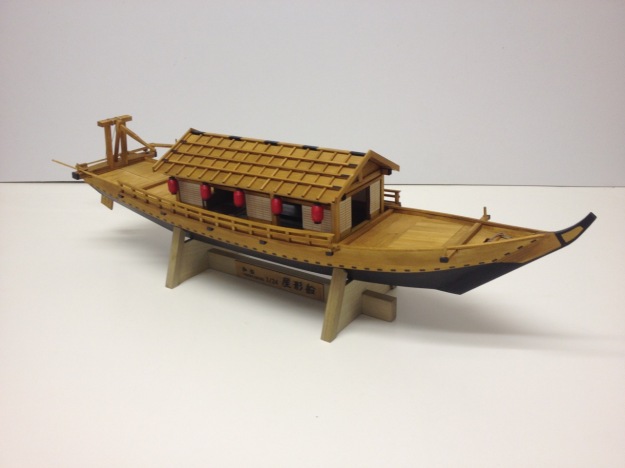 The one addition I have yet to make to the display is a photo board, that I’ll be setting up in the fourth window panel, which is just barely in view in the above photo. But, I have a couple ideas for the display of a fourth model in the future. You’ll have to check back in the Spring for more details on that.

In any case, the new display is a far cry from the very first display, which was only about 9 months ago. Please check it out! Ω

This week has been a kind of crazy week of dealing with the display of ship models. I now have 4 models out on display. Two of them are part of a display at the San Mateo County Fair headed up by the South Bay Model Shipwrights club. The other two are part of my own display that I’ve put together in the big window of Union Bank’s community room in Japantown, San Francisco.

The models are my Higaki Kaisen and Hacchoro models that I built from Woody Joe kits. The display is my second now, and I’ve learned a lot from my first display that I put up earlier in the year. That display was small for the window area and the models were hard to see and the display was not very attention grabbing.

This time around, I’ve had posters printed up using some new photos I’ve taken. I mounted these on foam core poster boards and also set up a large display board with 8″x10″ photos showing details of the models. To make the models easier to see, I removed them from their cases and raised them up closer to eye level by placing them on some pedestals I made from MDF board.

At the last minute this morning, I cut some acrylic sheet into strips and made some plastic clips to hang the posters from. The strips were cut to size and drilled and then heat bent to shape using a small torch. They aren’t perfect, but they work.

Late this morning, I crammed everything into my car and drove to San Francisco to set it all up.

Models set up and ready to put on display.

Homemade clips for hanging the posters.

This time, with all the display elements, it took me a lot longer to set up than I’d expected. I could imagine what it’s like to work setting up displays in department store windows. Overall, it was a good 45 minutes to bring everything up from the parking garage and to set it all up. The posters and the hangar clips took the most time to set up so that the posters hung at the right heights.

I felt I was kind of rushing the layout. It would definitely be helpful to get a second person to help with this so that one person can look at it and recommend adjustments while the other put the display elements into place.

In the end, I think it all worked pretty well and I’ve definitely got thoughts of Wasen Display 3.0 starting to develop. Having the third model will be good, which will most likely be Woody Joe’s Yakatabune as that’s a nice looking model and a quick build. 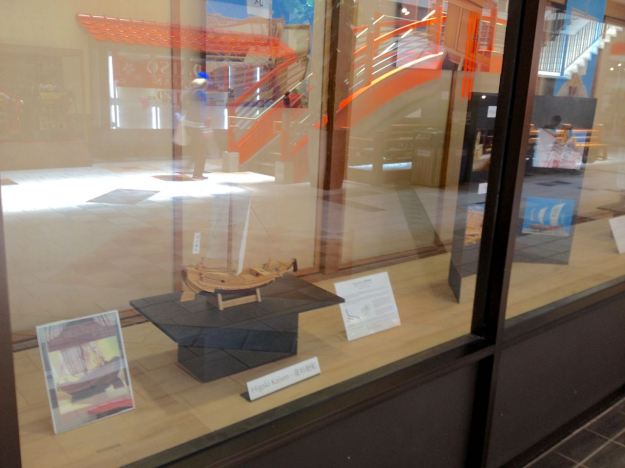 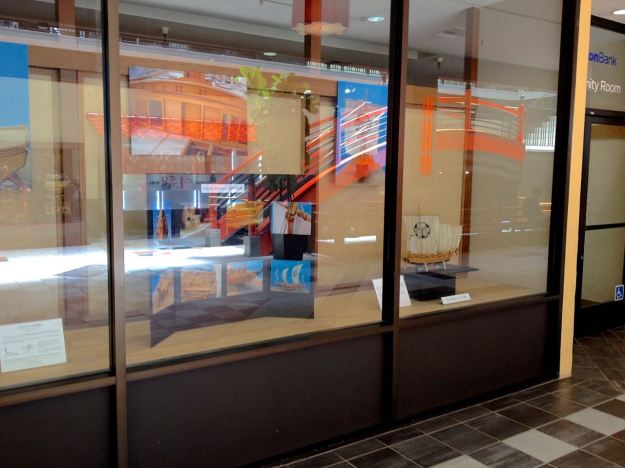 Photo Board and Hacchoro model. Note the hanging posters.

One thing I realized was that every time I’m in the mall where I have time to take photos, it’s roughly noonish and the sun comes streaming straight down through the skylights in the mall. So, I mostly get a lot of glare in these photos. I think at other times of the display, it is much easier to see the models and photos. I’m going to have to check out that theory and take some photos maybe late in the day or evening early evening. Maybe I can get some decent photos of the display then. 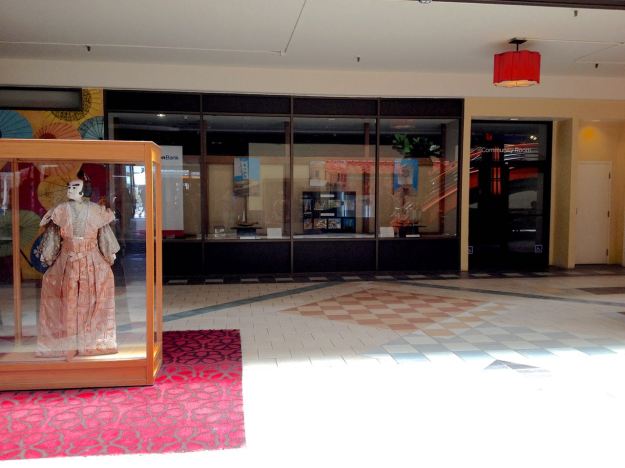 A much improved display over the last one.

Wasen Display 2.0 will run from Friday, June 5th through Friday, July 10th. I hope you will stop by to see it and let me know what you think!