As I continue progress with the Amati “Arrow” American Gunboat kit, I wanted to wrap up my look at the earlier stages of this kit, which began as described in the earlier post Amati Gunboat “Arrow” Builde – In the Beginning. After the part where I left off last, the footrests for the rowing stations were added, and these openings in the deck were lined. 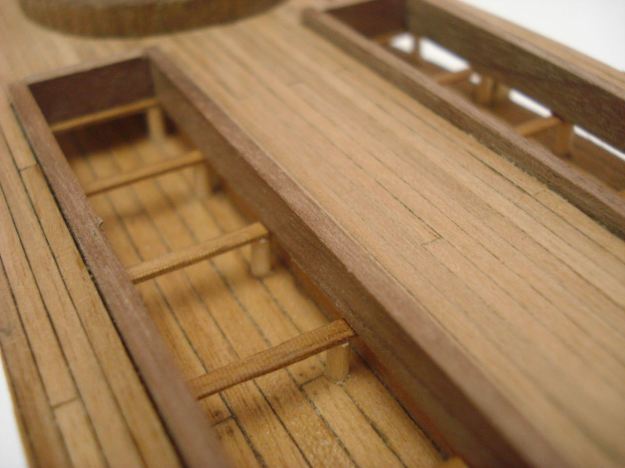 I found the provided wood had a nice natural look to them, so I avoided any painting of the model. I edged the planking in pencil, and I simulated the treenails in the deck by simply drilling holes for them. I found that the wood dust filled in the holes and made for a very natural look, especially after the application of a little danish wood oil.

With that done, the task of planking began. Because the models is something of a faux plank-on-frame construction, tiny pieces have to be shaped and added to the deck to serve as timberheads. These will support the hull planking, which you can see is going on now.

Unlike some of the smaller Amati kits, the Arrow is double-planked. This is helpful, as the hull is rather wide and shallow, which makes planking the ends a bit tricky. I wasn’t able to taper the planks properly, but I put all my “cheats” near the bottom and somewhere amidships, so they’re hard to see.

Overall, I ended up fairly happy with the planking. It is a small model, so you have to look pretty closely to see and issues. Probably the only issue I wasn’t happy with was that at one end, on plank ended up a little wide, without any taper. But, again, on the finished model, I doubt anyone will notice.

As you can see, there are basically three shades of natural wood, and I really like how this made the model look. Below, you can see my treenail holes drilled out. I believe this was before they were filled in, as they look pretty prominent here. After sanding and treating the wood, they look more subtle. 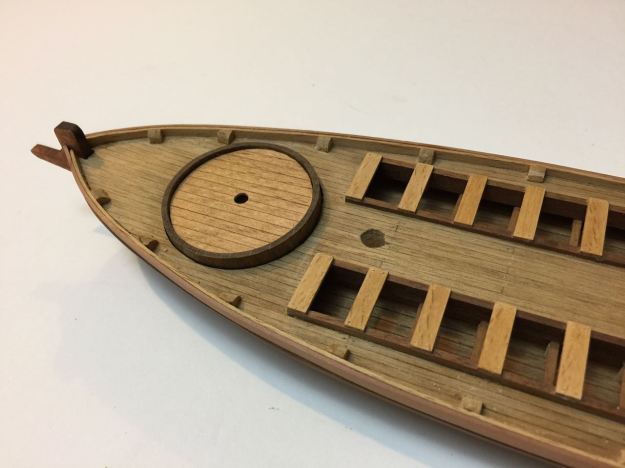 Some of the wood was very light in color, as it turned out, so I ended up using stain, particularly for the gunwales and the stem and sternposts, much of which was from laser-cut plywood.

The strip of color below was my own addition. As I was sticking with an unpainted hull. I had some very nice stripwood on hand, and I thought it gave the model a nice, simple accent to the hull. I believe the kit provided walnut, looking much like the color of the hull planking.

The completed planked hull and deck, with the contrasting shadows of the rowing stations give this model a very pleasing look to it. 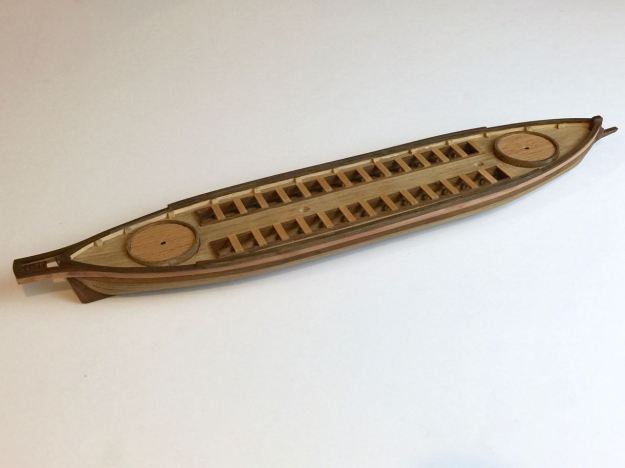 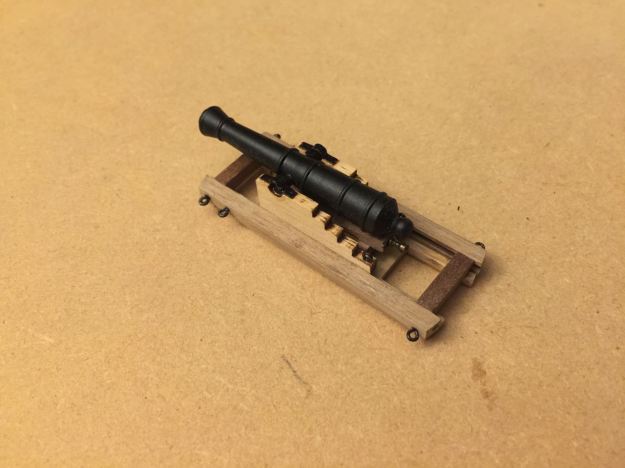 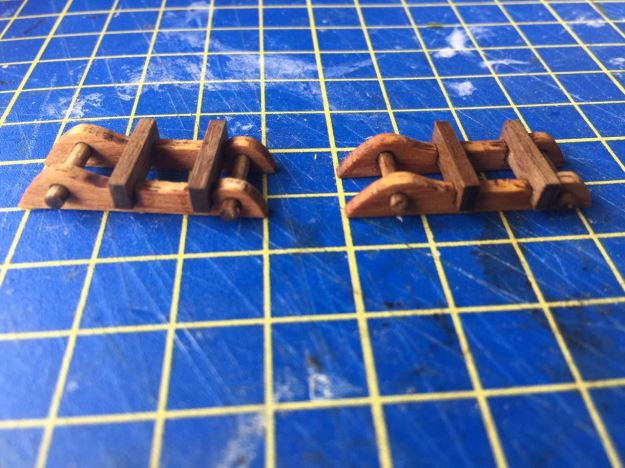 At this stage, belaying pins have been installed and are used as thole pins for the oars, but there are still 54 cleats, and numerous ringbolts to install. But, after that, the model is ready for the rigging…