Recently, I was looking at some offerings from the Chinese kit manufacturer CAF Model. They are one of the few Chinese kit manufacturers that have worked their way off the piracy/do not buy list that’s maintained by the Nautical Research Guild and followed by many ship model clubs. What caught my attention, specifically, was a heavily engineered kit of a 1/48-scale cross-section of the bomb vessel HMS Granado. 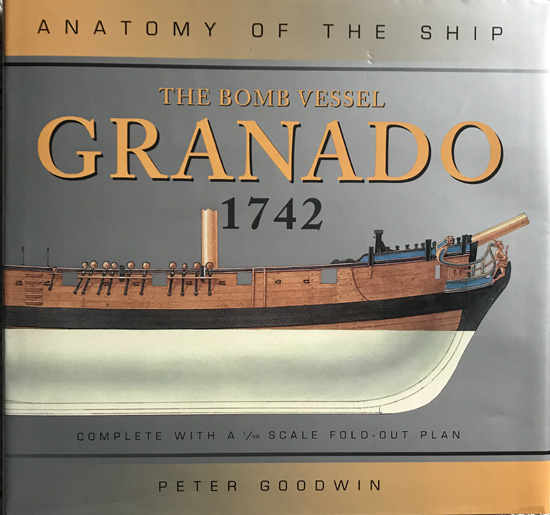 HMS Granado is a popular subject, as there is a volume of the Anatomy of a Ship series of books dedicated to it. There are also two wooden ship model kits available, one by Caldercraft and one by Amati Model. For that matter, there is also a plank-on-frame kit in development by CAF Model, with the first two of three parts already available. 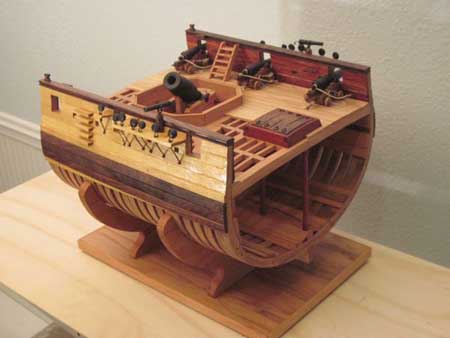 But, this all served to remind me that I actually have a set of detailed construction plans for a cross-section model of this ship that I bought, maybe as much as 10 years ago. These plans were developed way back in 2010 by Jeff Staudt for the website ModelShipBuilder.com. There was a nominal charge for the plans, which were mailed to me.

Now, I’ve compared these drawings with those in Peter Goodwin’s book, and it seems that these plans are slightly stylized in such a way that construction is simplified. Still, it appears that a beautiful model can be built from them by anyone interested in scratch building who also has the proper tools. Something that I would love to try one of these days.

Anyway, I checked to see if the plans were still available, and it turns out that not only are they still available, but you can get them in either 1/4″ scale or 1/2″ scale. What’s more, you can simply download them for free!

Find them on the Projects pages of the Model Ship Builder website here. Or simply click directly on the following download links for either the 1/4″ scale plans or the 1/2″ scale plans. Ω