I published a post about building this Shipyard card model kit a couple weeks ago, and I’m working pretty steadily to get it done. I’m not done yet, but I’m getting close, and I thought I should post an update this weekend.

After my last post, I finished making the mast and yard and finished detailing the sail. I have to say that I really enjoyed working on the sail. It was kind of a lengthy process lacing the bonnet to the main sail, but it was also something I could just do without having to think about too much. 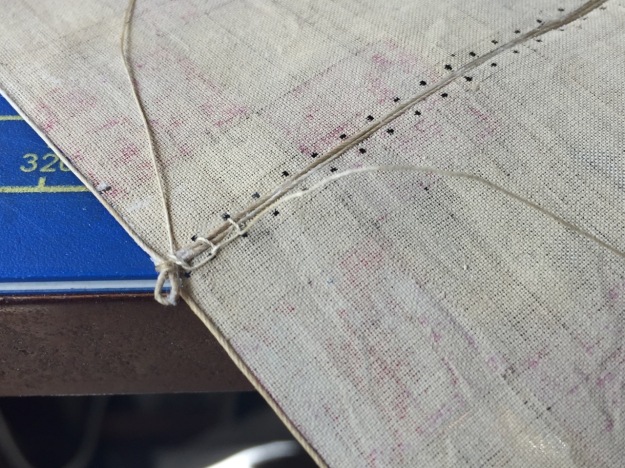 The sail material already had holes for the lacing, but I found it helpful to open them up a little with a sewing needle. It was at this point, I decided I should make myself a tool out of the sewing needle. So, I drilled a hole in the end of a square stock piece of wood and glued the needle into it – instant “modeler’s marlinspike!” To finish it up, I cut the end off another needle ground open the eye, and put it into the back end of the tool. Now, I have something I can use to reach in and tug on lines.

Next, I laced the sail to the yardarm and then began adding the reefing points using the method described in the instructions. 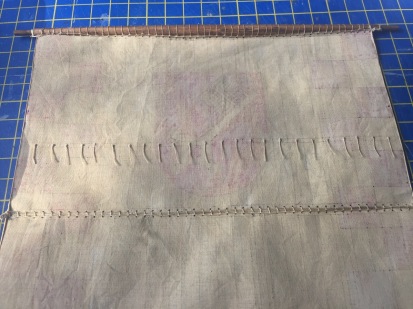 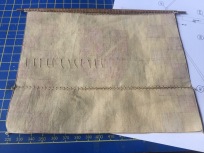 The reefing points are just short lengths of line, knotted at one end, and glued into place. Having threaded lines through the sail on other models, I have to say that this method is much simpler in that the lines hang down nicely on their own. There’s nothing you need to do to get them to lay flat and vertical with this method.

While working on the sail, I was also working on adding the shrouds to the mast. Today, I finally finished seizing the ends around the deadeyes, and started the process of reeving the lanyards through the deadeyes. 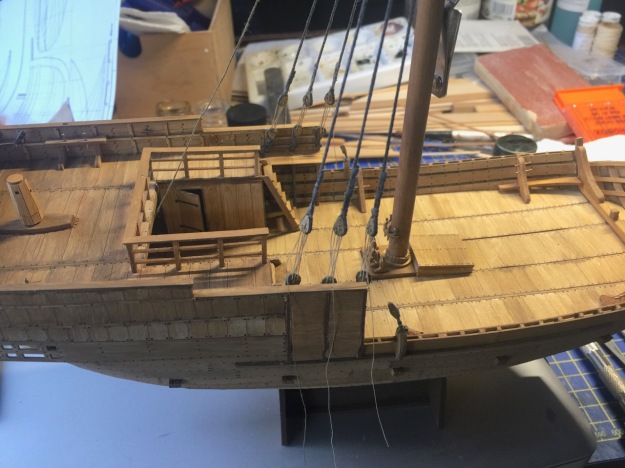 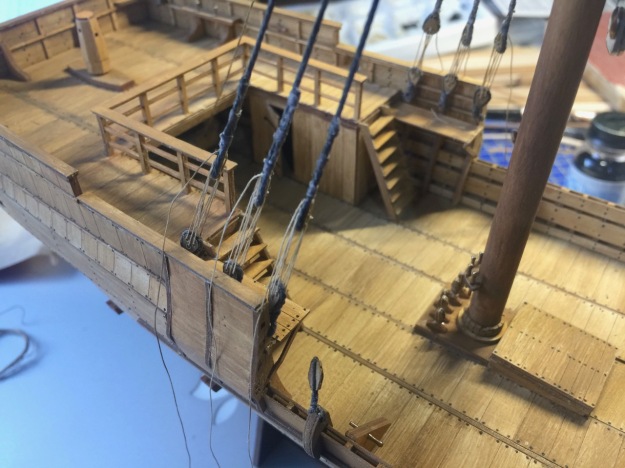 One issue I ran into is that the holes in the cardboard deadeyes close up from the soft cardboard material. I tried running a need through them to open them up, and I tried drilling them out. Problem is that they close up again – at least enough to keep the rigging line from threading easily through the holes.

I finally use some thin CA on the deadeyes, which hardened the cardboard. Then, I could drill them out and the holes pretty much stayed clear. However, I did run the needle through them just before threading the line through. This worked like a charm.

The only trick is that it was hard to reach the lower deadeyes and drill them out. I had to hold a block of wood behind them as I drilled out the holes. It was the only way I could get leverage on them.

Finally, if you look closely, you might notice that I also added some of the blocks and cleats to the deck and hull. Still more of those to do.