Being a fan of the early Model Shipways kits, I was happy to see that they just re-released their 1/64-scale Yacht America kit. I think it’s actually been a few years since they produced their America kit last. The kits that I was familiar with were solid hull kits, and this one has been “upgraded” to a full plank-on-bulkhead kit. 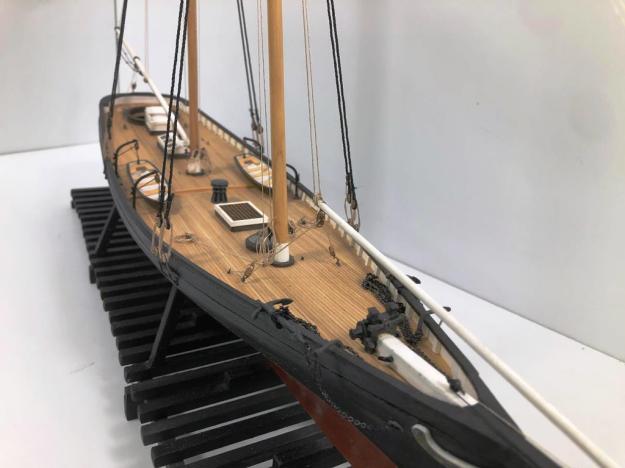 The original kit dates back to the old “Yellow Box” kits. I’m not sure how far back these old kits go, but they all had beautifully done plans by naval architect George Campbell. I assume, and really hope, that they continue to include these plans in their newly revised kit, though obviously there would be additional plans and instructions for constructing the hull from bulkheads.

A glimpse of the original plans are visible on the box art they show in the images of the kit, though the copyright underneath the kit number still says 2010. That might have just been an editorial oversight. I don’t recall the very last iteration of this kit. So, it’s possible that the last release back in 2010 was also plank-on-bulkhead. 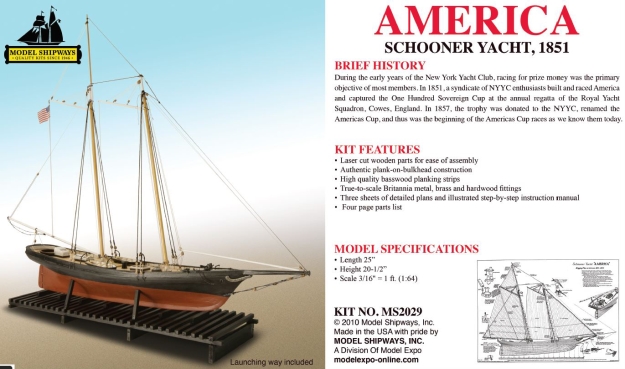 In any case, I’ve always considered the Model Shipways version of the America to be the definitive version, and I based my own scratch built, though as yet incomplete, plank-on-bulkhead model on the George Campbell plans. 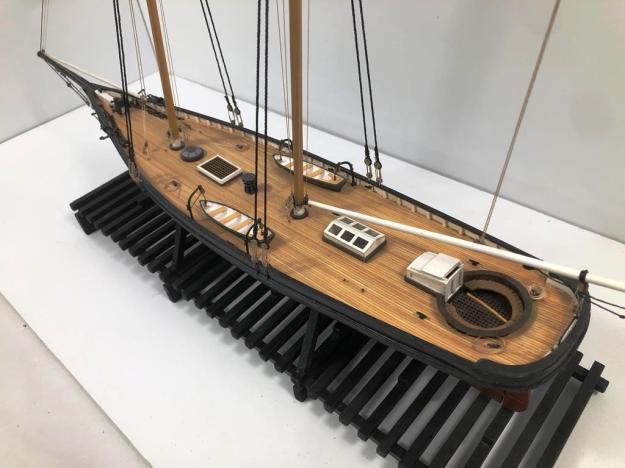 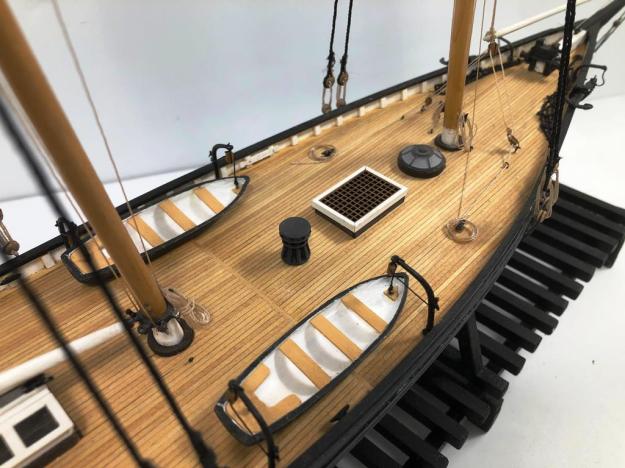 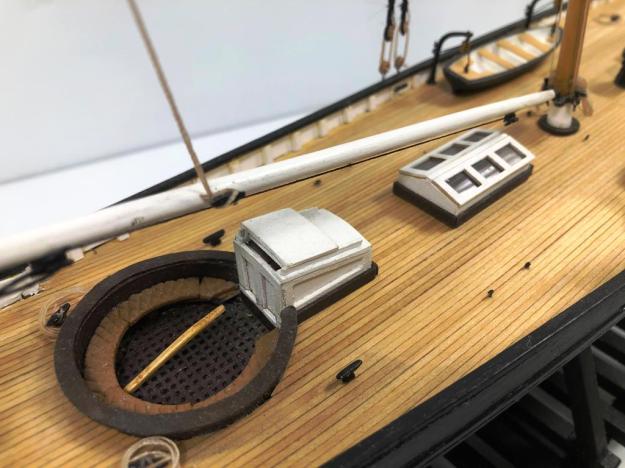 From what I an tell from the photos on the Model Expo website, their kit continues to build into an excellent model of the famous schooner.

And, for those beginning ship modelers who worry about having troubles with hull planking, I can tell you that the sharp bow of this schooner, and ships like her, are much easier to plank than the rounded bows of the ships of the earlier days. Also, her simple pilot boat style schooner rig keeps that part of construction simple too.

But, if you consider the simple rig too bare looking for your taste, you might consider sewing a set of sails for her. The sail details and outline are shown on the Campbell plans – enough to make your own sails for her, though you’ll have to supply your own sail cloth.

If you want to add some more detail, you might consider coppering her hull, as was done on the original yacht. Again, you’ll have to supply your own copper plates or adhesive backed copper tape, but those are readily available from suppliers. But, it’s certainly not a requirement for making a nice model.

You can find the re-released Yacht America kit here: https://modelexpo-online.com/Model-Shipways-Yacht-America-Schooner-1851_p_5186.html

1 thought on “The Return of Model Shipways’ Yacht America Kit”