I think it was about three years ago when I wrote a post about a gentleman in Germany who was building the 1/96-scale card model of the frigate HMS Mercury produced by Shipyard of Poland – this is the same kit I started way back, but didn’t finish (it’s on my shelf still, waiting for me to do more work on it).

Turns out that around the same time, I posted something about someone who was building a 1/72-scale version of the same ship, building it from what Shipyard called their Laser Cardboard kit. I’d forgotten about this build for a long time, but today, I spotted it online again, and this model has really come a long ways. This model has turned into quite an awesome build in the rigging stages. This builder has been posting on Facebook, so I took a look at what he’s been doing. 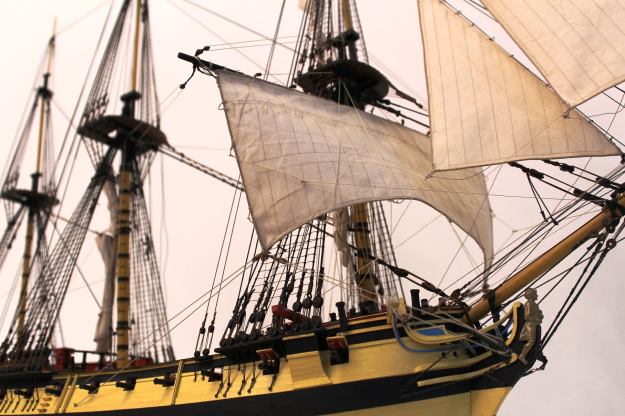 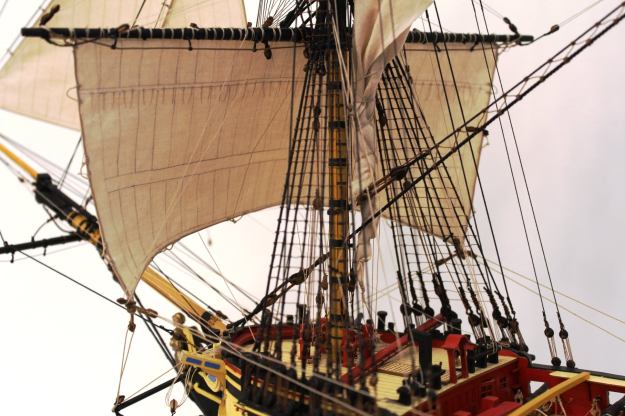 As you can see, this is an incredible model and it’s a card model. The kit itself has something to do with all the detail you see in the build, but obviously this builder is extremely talented!

But, speaking of the Shipyard kit, I’ve seen it and it’s a pretty amazing feat of engineering. It’s on the pricey side. But, when you consider how much work is already done for the builder, it actually looks like it’s a very good deal, even at close to $500.

Some people will balk at the price tag, thinking card stock is inferior to wood. But, wooden ship model kits require a lot of effort to plank a hull, cut out gun ports so they’re perfectly even, deal with simplified headrails and stern and quarter galleries. These card models even detail the great cabin, which you can see through the finely detailed gallery windows.

But, in any case, you can’t argue with the beautiful results that this modeler is achieving. See the progress details yourself on his Facebook page at: https://www.facebook.com/kartonimwind.de/ Ω