Though no decision has yet been made regarding the making of the sails, the kitamaebune project, based on the 1/72-scale Woody Joe kit, is well into the rigging stage.

Sailmaking is at somewhat of a standstill, as I’m experimenting with different techniques for representing the large sails of the kitamaebune in 1/72 scale. There are number of possible things I can try,, including simply stitching the seams as one might do for a western ship’s sails, but I’m still hoping I can show some of the characteristics of the Japanese sails.This is something of a long term process, so in the meantime, I decided to move ahead with some of the other model details. 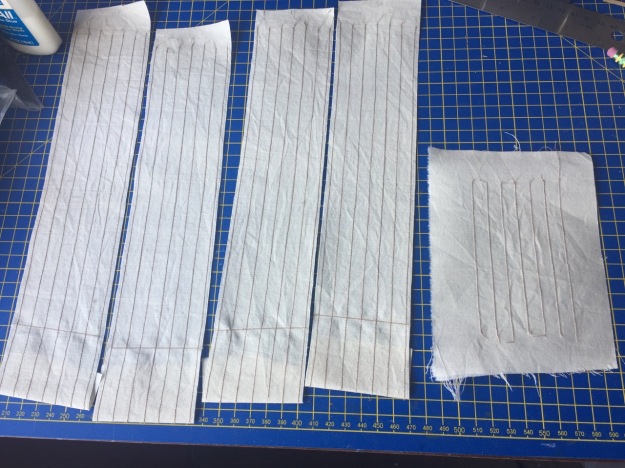 One of my sail making attempts still being tested and considered.

It had occurred to me that might make the most sense to go ahead and build the various components of the main stay. It took me a while to figure out this is called the Hazuo in Japanese.

Dealing with the stay, or hazuo, requires making/rigging four different parts. Here’s the section of the…