Not meaning to be blasphemous here! Just that Friday the 13th is considered an unlucky day for some, but has traditionally been a good day for me. In fact, I got three new goodies in the mail that day, all ship modeling related, of course!

First off, at a quarterly gathering I organize for a group of ship modelers at the Vallejo Naval and Historical Museum, on the northeast side of the San Francisco Bay Area, one of the ship modelers brought in his copy of the book The Many Aspects of Ship Modeling. The book wasn’t new to me, but I haven’t seen it in a while. Being that I’m periodically in touch with Don Dressel, the author of the book, and that it’s on sale for only $15 from the publisher, the purchase was a “no-brainer.”

The 118-page book is full of photos of models built by members of the Ship Modelers Association of Fullerton, California and people who’ve exhibited in their Wester Shipmodel Conference about 6 years ago. In part, I got the book because I know or know of many of the members, or should know them and their work. But, there are also just great photos of scratch-builds and kit-builds that I’m interested in.

If you’re interested in the book, as I mentioned it’s on sale now for $15, marked down from it’s original price of $32, and it’s available direct from Seawatch Books.

The second item I received was a gift from boat builder Douglas Brooks, author of the book Japanese Wooden Boatbuilding. As many of you know, I’ve been working on the modeling of Japanese traditional boats, or wasen, for a couple years now, with Douglas Brooks as my mentor.

A few weeks back, my Japanese ship modeler friends from The Rope Tokyo visited the regional museum in Tokyo’s Ota ward. There’s more of a story to that, but I’ll leave that for another time. While, there, one of them picked up a copy of a book on CD that he sent me. That book was on boatbuilding in the Ota ward and is now out of print. After I mentioned receiving the book in electronic form to Douglas Brooks, he mentioned he had been given a couple copies of the book over the years and sent one of them to me. 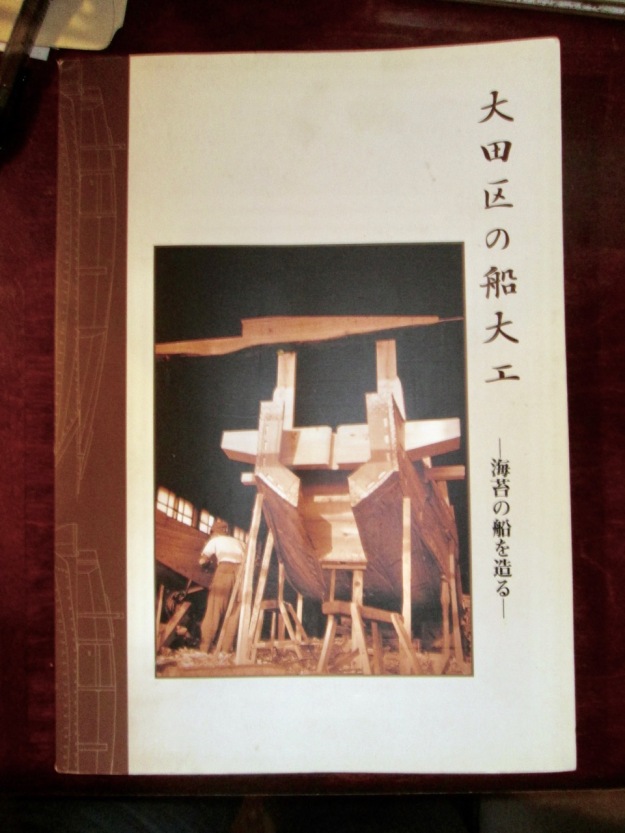 This is a very interesting book, all in Japanese, of course, but it is a very detailed look at Japanese boat construction, focusing on the nori beka, the small seaweed handling boats that were once common on Tōkyō Bay, and the large utasebune, which to my understanding were used to transport the nori beka and possibly serve to transport the harvested seaweed into port.

One of the best things in the books is the last quarter, which is made up of numerous scale diagrams of the tools used in Japanese wooden boatbuilding. For me in particular, these will be of great use in my Japanese boatshop diorama, which I had kind of thrown together for one of my model displays. It is in need of fixing up, but it also needs some tools, so this is a real find. 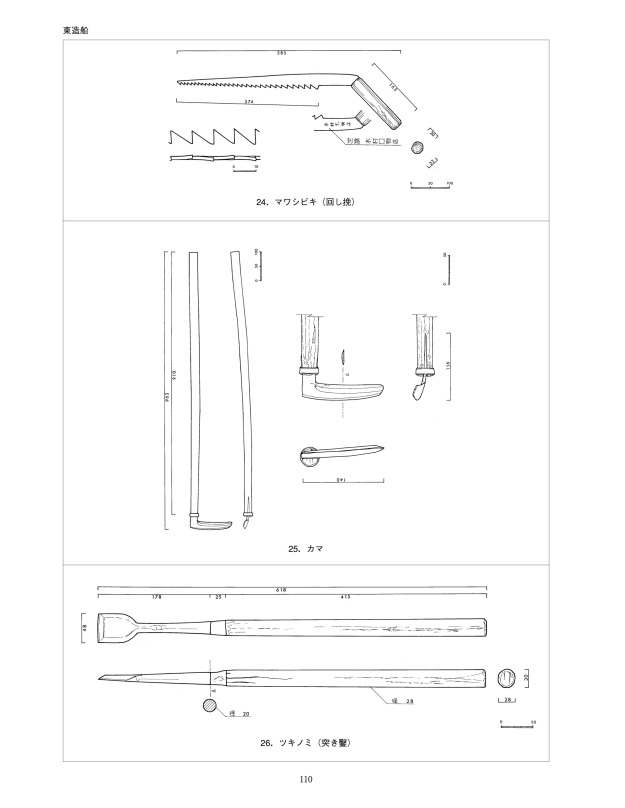 I’m sure it’s a pain to do the milling and shipping for me, so I try not to be too needy about the stuff. But, my supply was running low of certain sizes, as I’d wasted a lot of what I had on hand while working on my Japanese boat modeling techniques.

Though the wood is not an expensive wood, shipping it from Japan certainly wasn’t cheap, though it’s a pretty lightweight wood. I will probably work out a couple subjects using this supply, but I will probably switch to some kind of domestic alternative for the bulk of my projects.

For one recent project, I used some hinoki strips I had on hand, but used primarily basswood for the hull structure, which was hidden by paint. Other visible components were made using Port Orford cedar. That too is a bit expensive to ship, but I buy it in fairly good sized boards, which go a long way. If you’re interested in getting Port Orford cedar, sometimes called American hinoki, I ordered from Bear Creek Lumber at about $5 per board foot, plus shipping and handling. That was about a year-and-a-half ago, so it’s probably a little more now.

In any case, I got a lot of great stuff to read and to use, and it was a happy Friday the 13th for me. Hope yours was too!