A couple months ago I wrote up a formal write-up of my out-of-the-box kit review of Woody Joe’s Charles Royal Yacht and submitted it to Seaways’ Ships in Scale magazine. A couple days ago I got the proofs and the layout looks really good. Today, I finished some minor corrections and sent the corrected proof back to the editors. 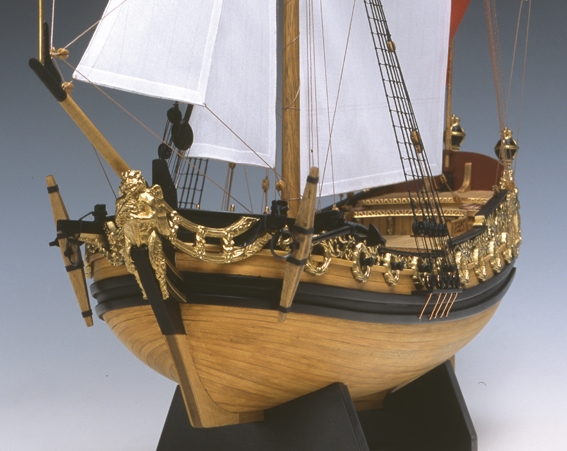 The article is 10 pages long with a lot of photos, including four provided by the Japanese ship model society The Rope thanks to SMA and Rope member Don Dressel, who connected me up with his friend and Rope member Norio Uriu. Mr. Uriu provided several photos from which I chose for this article. My intent was not only to show the model kit, but to introduce readers to the Japanese ship modelers and to provide some information about The Rope.

Given that this is my third Woody Joe kit review and these kits are not marketed in the U.S., it will probably be my last one for now. The first kit I reviewed was the Kanrin Maru, a Dutch-built Japanese screw steamer that was the first Japanese government ship to visit the United States, the second was the beautifully designed Edo period coastal transport called a Higaki Kaisen, and then this one, a ship that has no Japanese connection at all. Those seemed to cover the range of Woody Joe ship model kits, so I figured they were a good representation.

My next ship model articles will probably have more to do with the building of one of the Woody Joe kits. I’d been planning on writing up my Higaki Kaisen build, so maybe now is the time to get started on that.

If I do another kit review, which I really like doing, I may target one of the European manufacturers such as Caldercraft or one of the kits of Amati’s Victory Models line, since those seem to generate a lot of interest among modelers on the Internet. The only problem for me is that I’m currently doing some work for the U.S. distributor for these product lines and I don’t want to show or give any suspicion of bias based on that fact.

In any case, look for the new kit review article in the May-June issue of Seaways’ Ships in Scale, which I expect we should see in the next 2 or 3 weeks.